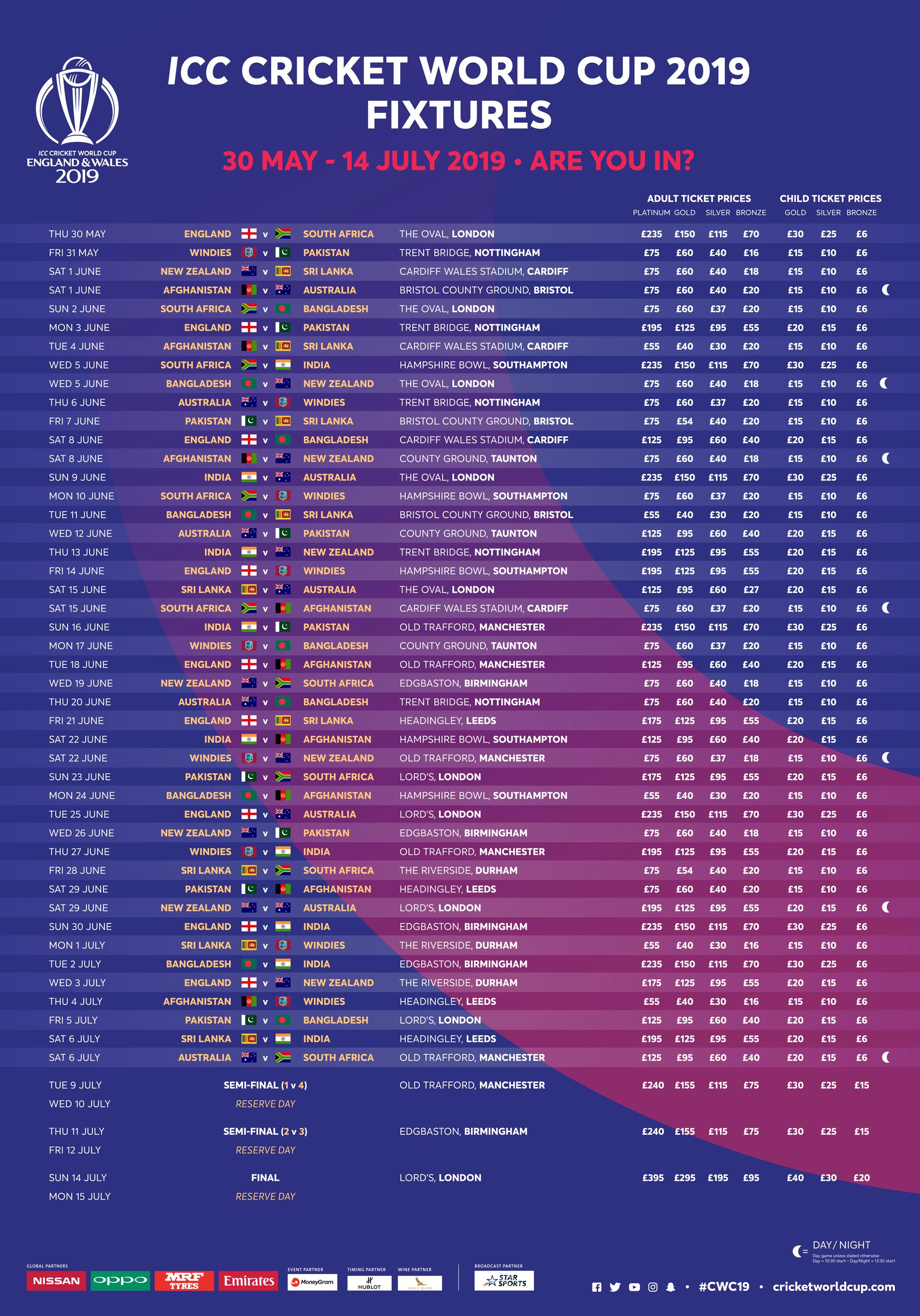 The hosting rights were awarded in April 2006, after England and Wales withdrew from the bidding to host the 2015 ICC Cricket World Cup, which was held in Australia and New Zealand. The first match will be played at The Oval while the final will be played at Lord's. It is the fifth time that the Cricket World Cup will be held in England and Wales, following the 1975, 1979, 1983 and 1999 World Cups.

The format for the tournament will be a single group of ten teams, with each team playing the other nine teams, and the top four teams progressing to a knockout stage of semi-finals and a final. The ten team tournament has gained criticism due to the lack of Associate teams in the tournament. Given the increase of the Test playing nations from 10 to 12, with the admission of Ireland and Afghanistan in June 2017, it will be the first World Cup to be contested without all of the Test playing nations being present,[4] and after the elimination of all the Associate teams at the qualifying tournament, this will be also be the first World Cup to feature no Associate members.